Home - Blog - The dynamic of the Northern Beaches | The Insular Peninsular!

The dynamic of the Northern Beaches | The Insular Peninsular!

Have you thought about selling your house, but you just can’t imagine where else you would move to?

There was a time when the Northern Beaches had never been graced by so many Celebrities, and beachside blocks were being sold “two-for-one” because the sewerage system hadn’t been installed this far North yet.

Some of the nation’s most influential people now call the Northern Beaches home, and Retirees on the Northern Beaches are benefiting from profitable superannuation schemes and real estate that’s all but doubled since they bought back in 1980; the over 60s are living it large! Freeing up capital allows for pursuing outdoor hobbies, clubs, travel plans, bucket list adventures and provides a sense of freedom.

Being the No.1 selling Agents in Manly both in dollar value and number of sales, together with Manly’s reputation as an international destination, we’ve never captured so many overseas buyers.

The more deeply entrenched you become in a bubble like the ‘Beaches’, the harder it becomes to find reasons to leave, however, there is life on the “other side” whether it’s downsizing to an apartment or securing your serenity, up or down the coast or in the mountains.

We’d love to have a confidential chat about your options. 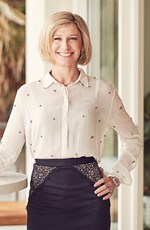